skip to main | skip to sidebar

All About The Hampton University Homecoming Queen 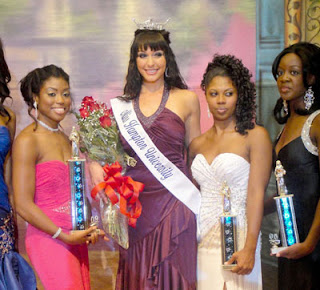 Nikole Churchill was crowned Miss Hampton University 2009 on October 9, 2009. The 22-year-old Churchill is the first non-black student to win the pageant.


Initially Churchill claimed her win caused some conflict on the Hampton University campus. In a letter to President Barack Obama, Churchill said she'd "met with negative comments" since winning the crown. She urged Obama to visit the Hampton campus to address race issues.


Churchill, who is from Hawaii, wrote Obama on Sunday to tell him that her crowning was met with negative comments because of her skin color. She invited him to visit HU and speak about racial tolerance.

Do You Think Churchill should have wrote Obama?